A Micro Enterprise is defined as an enterprise employing nine or less people (in the service industry, four or less people). The number of MEs in Korea amounts to approximately 3 million. 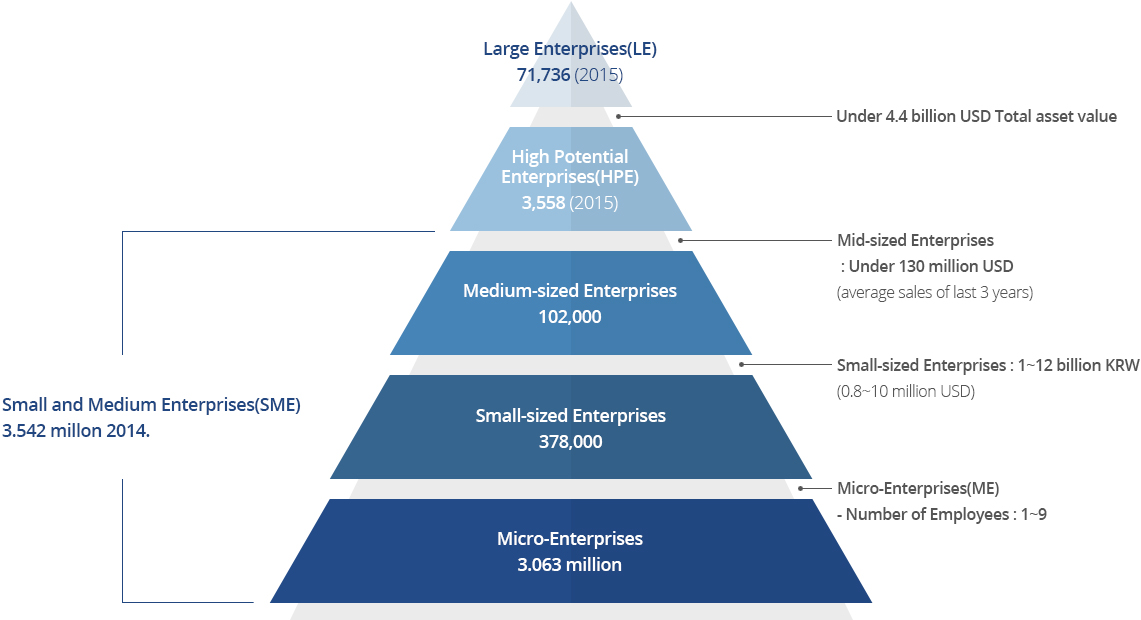